Josh is an independent IT consultant based in the metropolitan area of Frankfurt am Main, Germany providing expertise to corporate, enterprise, government clients.

With over 30 years of IT experience, Josh has built up a compelling reputation within his industry and is a respected technology consultant and developer. 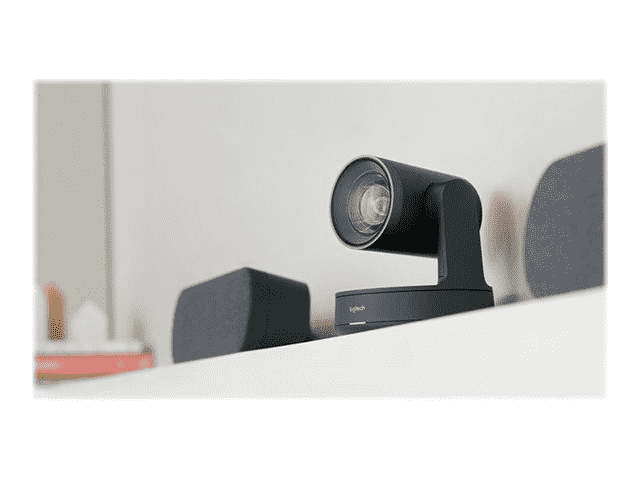 I upgraded one of out Conference rooms from a Polycom Trio 8800 to a Logitech Rally Plus system last week.

The Polycom Trio 8800 in combination with the Visual+ is a great solution for our Skype for Business infrastructure. It was OK with Microsoft Teams (as Audio only solution). But many of our customers and partners use different services! We have to use a lot of Zoom and WebEx lately, in an addition to our own Microsoft Teams video meetings.

A while ago, we already placed a dedicated PC into the conference room to join all the different meetings. We mostly used the Trio in USB Mode and we also evaluated the “Poly Pass Through” driver. It worked but switching around the different modes and configurations wasn’t perfect. And we needed a better camera, the Logitech C930e is a bit outdated!

A while ago we visited the Logitech Roadshow and the Rally Plus was impressive. So, we decided to give it a shot, when we need a new Video conferencing system. And now it was the time to do so.

The Logitech Rally Plus arrives in a huge and heavy box!

What’s in the huge Logitech Rally Plus Box:

There are two different option to install the Logitech Rally Plus solution:

The manual recommends Option 1, but I decided to go with Option 2! Mostly because we will exchange the dedicated Meeting Computer with a HP Elite Slice G2 – Audio Ready (with Microsoft Teams Rooms) and this unit will be placed under the conference table.

I still wait for the delivery, so I used the dedicated Windows 10 based Meeting Computer that we already have.

What I like: Just one CAT6 Cable between the two Logitech Hub’s! Everything is transported via this single cable, like we had it with the connection between the Polycom Trio 8800 and the Visual+ Unit before.

After attaching everything, the Rally was ready to use! You don’t need any additional Software.

But I decided to install all the additional Software on the Meeting Computer, to optimize a few things and to apply the latest Firmware to all the components.

I switched the main audio (input and output) device to the Logitech Rally, and BOOM! Why Boom? The two Rally Speaker sound awesome!

I started the first Microsoft Teams (MeetMe) meeting to check how the camera works. I was impressed by the video quality! The Logitech RightSight technology is doing a great job, especially with the handling of bright lights or bright sunshine.

The Logitech RightSight Wide Dynamic Range (WDR) makes sense and it works fine. I just had a few problems that this mode needs to be reenabled a couple of times.

In general, the video quality was great! We tried the 4K resection with 30fps and 1080p with 60fps.

The audio is good. The two Logitech Rally Mic Pod’s covers the whole room, but sometimes the other party told me that there were some (minor) echoes. This might change, when we mount the Rally speakers in their final position (in front of the desk, attached to the wall). I was told, that the Logitech RightSound might need a while to work better.

To be fair: I was alone in the conference room and the other party used a good headset.

We just did a few more tests, like connection a Smartphone via Bluetooth and place some calls. Or walk around the desk while talking.

Overall: The Logitech Rally Plus made a great first impression!

We will still use the Polycom Trio 8800, but in another location and without the Visual+ Unit. And I will also recycle the Logitech C930e, as a Content Camera with the Microsoft Teams Rooms solution.

Any cookies that may not be particularly necessary for the website to function and is used specifically to collect user personal data via analytics, ads, other embedded contents are termed as non-necessary cookies. It is mandatory to procure user consent prior to running these cookies on your website.